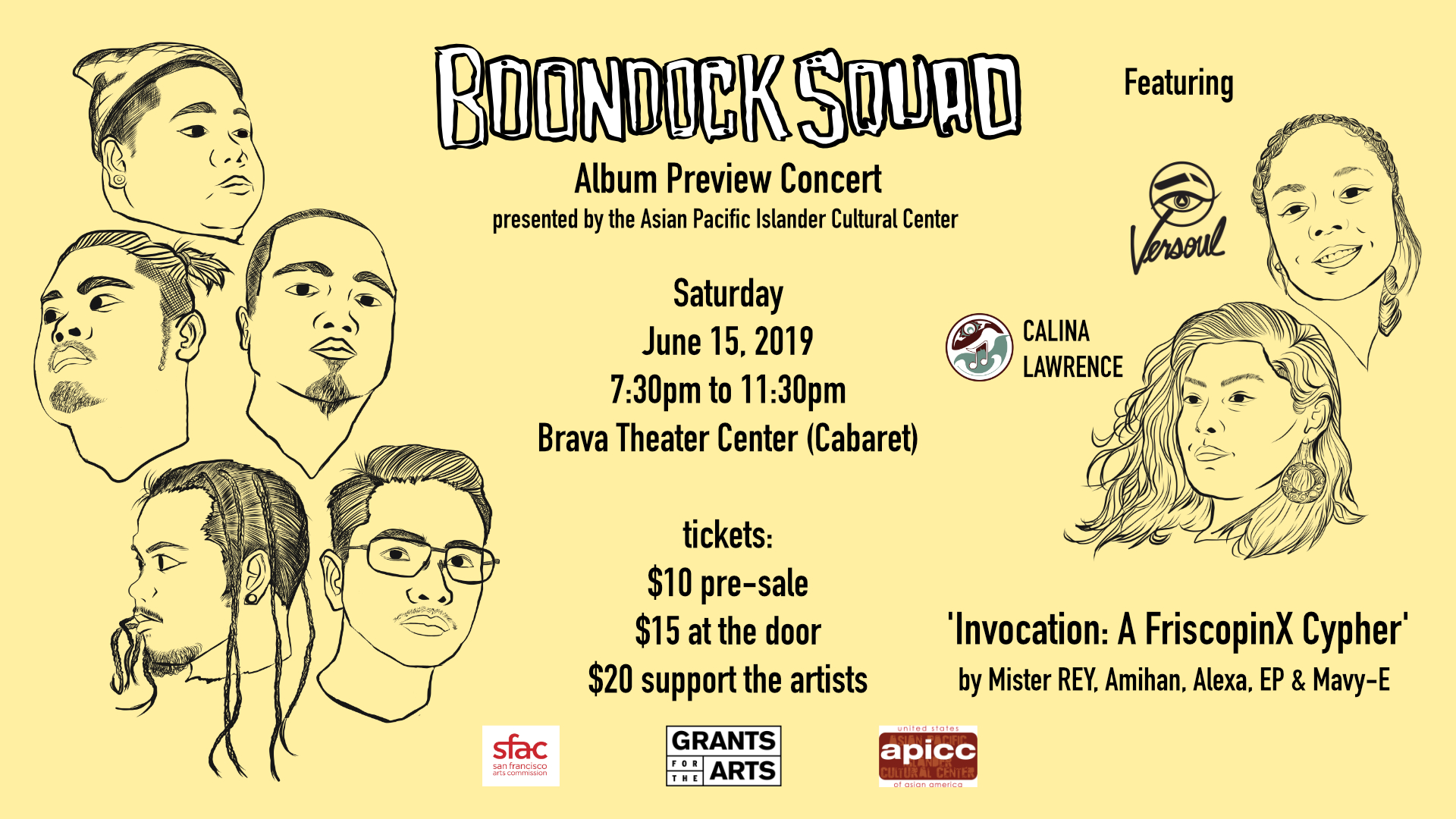 Be one of the first to hear Boondock Squad's new music in this preview concert of their new album. 'Royalties' is an evening of hip-hop and rock featuring Calina Lawrence, Versoul and ‘Invocation: A FriscopinX Cypher’ by Mister REY.
The title 'Royalties' references one of Boondock Squad's songs, with the lyrics "all our people here to (claim those royalties!)". This evening will also celebrate the organizing efforts of local youth and students for just and equitable education funding at City College of San Francisco, and their initiative to launch an SF chapter of the mass organization Anakbayan.

The word "Boondocks" comes from the Tagalog 'bundók', meaning mountains. When invaders clashed with guerrillas along mountains during the Filipino-American war, they adopted the word and defined it as outlying or savage areas. Boondock Squad plays hip-hop and rock for the people of the boondocks: the masses and the outliers.

Tickets available for purchase at the link below.