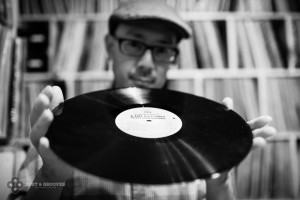 Legions of Boom, celebrates the legendary Filipino-American mobile DJ crews of the Bay Area and their influence on music, culture and community.

From the late 1970s to the early 1990s, Filipino American mobile DJ crews, such as Ultimate Creations, Spintronix, and Images, Inc., graced clubs and dancefloors throughout the Bay Area.  Instrumental in establishing and banding the Bay Area’s Filipino-American community together, such crews were also stepping stools for young men to gain social status and assert their masculinity.

Albeit a decline in the scene in the mid-1990s, due to the rise in popularity of single DJs, Filipino-American mobile DJs crew cemented their legacy by providing a framework for turntablism and unifying Filipino-American communities.

Oliver Wang, author of Legions of Boom: Filipino American Mobile DJ Crews in the San Francisco Bay Area, will moderate a panel with live demos from DJ luminaries and an interactive theater experience and party, true to the era.

The Panel discussion on May 13th will highlight aspects of the book with special attention given to USAAF's theme of Civil Dis(place)ment. Moderated by the book's author, Oliver Wang, with live DJ demonstrations featuring: Ralph Restauro of Sound Explosion, Gary (Genie G) Millare of Ultimate Creations, Liza Dizon and Amy Gramlich of The Go-Go’s.

The Party on May 14th will re-create the kind of event for which mobile DJ crews might have spun. During the immersive, interactive performance, attendees will be transported to a Filipino family party circa 1988 as a rival DJ crew crashes the party in order to settle a score. Dress to impress (big hair, pegged pants, and Adidas track suits encouraged).