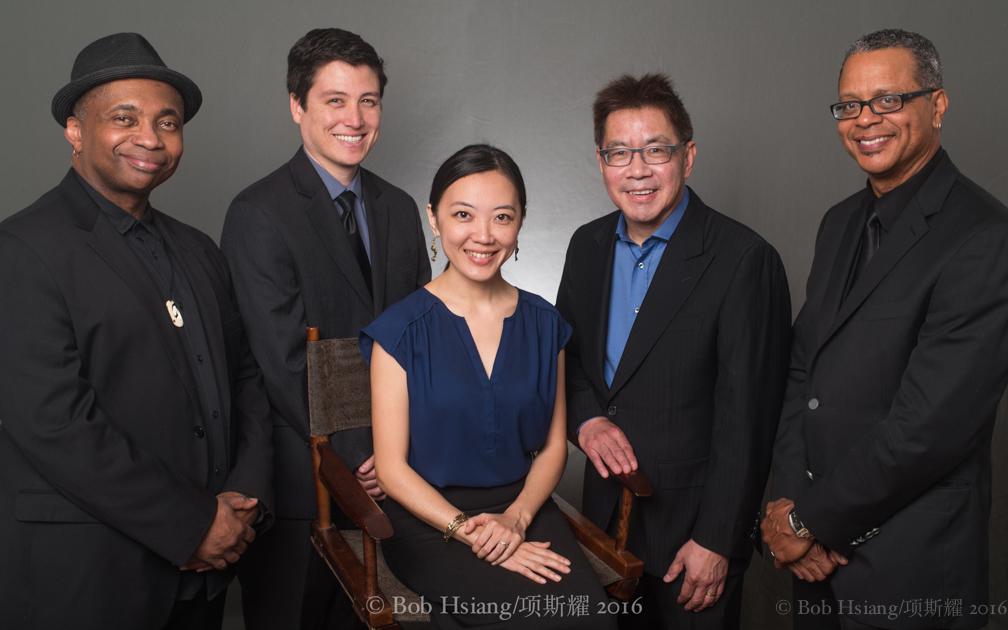 APICC is proud to fiscally sponsor Jon Jang. Donations to Jon Jang projects can be made on this page through APICC as a 501(c)(3) non-profit organization.

For three decades, composer Jon Jang has created large scale works for large and small chamber music ensembles that include: Can’t Stop Cryin’ for America: Black Lives Matter!, Chinese American Symphony performed by the Sacramento Philharmonic Orchestra and Oakland East Bay Symphony; When Sorrow Turns to Joy – Songlines: The Spiritual Tributary of Paul Robeson and Mei Lanfang co-composed with James Newton, Tiananmen!, SenseUS! and the Beijing Trio in collaboration with Max Roach, Reparations Now! Concerto for Jazz Ensemble and Taiko and Island: The Immigrant Suite No. 2 commissioned and performed by the Kronos Quartet.

The Pledge of Black/Asian Allegiance

Asian Improv aRts, which has a long history of presenting works expressing Asian American experiences and perspectives in San Francisco Japantown among other communities, will present Jon Jang's new work that pays tribute to the friendship between Yuri Kochiyama and Malcolm X, both iconic social justice activists who share the same birthday of May 19. The title of the work, The Pledge for Black/Asian Allegiance, affirms the solidarity that Yuri and Malcolm held between Asian and African American communities. A close friend of Malcolm's, Yuri was present at Malcolm's death in 1965, captured in a photo in Life Magazine. She continued on with her long career in social activism eventually settling in the Bay Area. She passed away at 93 in 2014.

"What is the meaning of The Pledge of Black/Asian Allegiance to me? As an American born Chinese and a descendant of a “paper son” (illegal alien) whose grandparents and parents struggled to make a living in segregated Chinatown during the Chinese exclusion era after the first earthquake in San Francisco during the 1920s and 30s, I will always remember that Frederick Douglass fought for not only for US citizenship rights for black people but also Chinese immigrants during the nineteenth century. The Pledge of Black/Asian Allegiance is my next musical “act” (read Duke Ellington’s Music is My Mistress autobiography) of grieving, recovering and celebrating black music of resistance that has been passed onto to me by my past heroes, mentors, collaborators and friends who have transitioned to ancestry: Max Roach (Scott Free, Garvey’s Ghost, Freedom Now Suite), Horace Tapscott (Two Shades of Soul), Amiri Baraka (Blues People, Funklore, Diggin’) and of course Wendell Logan (Many Thousand Go)."

An Invitation to You!

1. Artist Fees and Production costs for the World Premiere Performance at the Buddhist Church of San Francisco by the Jon Jangtet on May 19, 2018 8pm, the shared birthday of Yuri Kochiyama and Malcolm X

2. Artist Fees and Production costs for a studio recording and CD release by Jon Jangtet and special guest Min Xiao-Fen. It has been 12 years since the release of Jon’s last recording Paper Son, Paper Songs

*For check donations, please write checks to 'Asian Pacific Islander Cultural Center' with 'Jon Jang' in the memo. Please include a return mailing address or email address to send the donation acknowledgement to.

Send checks to the address below: